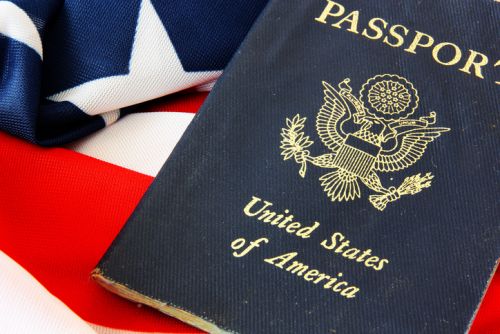 Can the IRS take away your right to travel without advanced notice? The National Taxpayer Advocate says the passport revocation program created by Congress in 2016 — which authorizes passport revocation for unpaid taxes — may be unconstitutional because it deprives U.S. taxpayers of their Fifth Amendment right to Due Process under the law.

The National Taxpayer Advocate is an independent organization within the IRS. Its job is to represent taxpayers caught within the system and to provide an objective voice, recommending "big picture" changes to Congress and the IRS more generally.

Last year, the National Taxpayer Advocate took a close look at the Fixing America's Surface Transportation Act of 2016 (FAST Act). The FAST Act included a law that allowed the Internal Revenue Service to identify individual taxpayers with "seriously delinquent tax debt" (SDTD) and certify them for passport sanctions. A taxpayer may be certified as having SDTD if :

There are a few exemptions built into the statute, including tax liabilities being paid through an installment agreement or consent agreement, or where the IRS is conducting a collections due process hearing or an innocent-spouse review. The IRS has also indicated it intends to exercise discretion and optionally pass over taxpayers who:

However, these discretionary exceptions are up to the IRS to decide and implement. They could be cancelled at any time.

When the IRS certifies a taxpayer with SDTD, it must "contemporaneously" send a notice to the taxpayer by regular mail. The CP508C notice lists the tax liabilities involved in the certification and provides information on how the taxpayer can correct errors in the certification through the IRS, Tax Court, or U.S. Federal District Court. The IRS will then send the SDTD certification to the Department of State. That's where the passport penalties are assessed.

When the State Department receives an SDTD certification for an individual taxpayer it must deny any pending passport applications (either for new documents or renewals); and it may revoke an existing passport. The State Department also sends out a notice "contemporaneously" to its passport revocation decision. Once those passport consequences are assessed they will not be reversed until all the outstanding tax liabilities have been fully satisfied, or the certification is reversed. Reversal only occurs if:

The Fifth Amendment to the United States Constitution says that the government (including the IRS and State Department) may not interfere with a person's individual liberties without notice and an opportunity to be heard on the issue. International travel is constitutionally protected individual liberty. (See Kent v. Dulles, 357 U.S. 116 (1958).) That means a taxpayer needs to be told what is happening and given an opportunity to meaningfully object to the process before being denied their right to travel.

In reviewing the FAST Act, the National Taxpayer Advocate compared the passport revocation program to another passport consequence under the Personal Responsibility and Work Opportunity Reconciliation Act (PRWORA) of 1996. That law allowed a person's passport to be revoked as part of collections efforts for unpaid child support. The courts found the older law, and others like it, to be constitutionally valid in part because the notices in those cases were sent 30 days before the passport revocation occurred. This gave the person affected advanced notice of what would happen, and time to respond to improper passport consequences.

The National Taxpayer Advocate says the new FAST Act passport revocation program doesn't have that 30 day grace period. Instead, notices are sent out at or around the same time the passport consequences go into effect. An article on the agency's blog explains:

"The FAST Act only requires two forms of notice to taxpayers who will be certified:

(1) a notice sent to the taxpayer close to or at the same time as the IRS certifies the seriously delinquent tax debt (“contemporaneous notice”), and

The agency says that the CDP notices come at a time, and in a way, that taxpayers are not likely to read and understand the consequences of inaction. Because the passport revocation notice is "buried" among instructions on how to address the delinquent debt, the taxpayer may not be at all aware that doing nothing could interfere with his or her right to travel.

Even if a taxpayer does seek to correct the certification, the next blog article will explain that his or her opportunity for meaningful review of the passport revocation under the statute may be significantly limited. Add that to the problems with notice, and the National Taxpayer Advocate says the passport revocation program may be unconstitutional.

U.S. taxpayers with business or personal interests overseas may rightfully be anxious about the IRS's passport revocation program. Given the issues surrounding timely notice and taxpayer opportunities to challenge erroneous certifications, it is essential that taxpayers with international concerns be in close contact with a CPA or other tax preparer, and a tax attorney with significant experience resolving seriously delinquent tax debt before it causes an international travel incident.

Attorney Joseph R. Viola is a tax attorney in Philadelphia, Pennsylvania with over 30 years experience. If you have questions regarding seriously delinquent tax debt or Notices of Certification for the revocation or denial of passports due to tax debt, contact Joe Viola to schedule a consultation.

In regards to Covid-19,  We are reviewing the best guidelines for our city and state for how

we should conduct business and plan to update this message as soon as we can.

Please call our office(s) to get learn how we are engaging with current clients and new at this time.