Home » Is a Disability Discrimination…

Is a Disability Discrimination Award Taxable as Income? 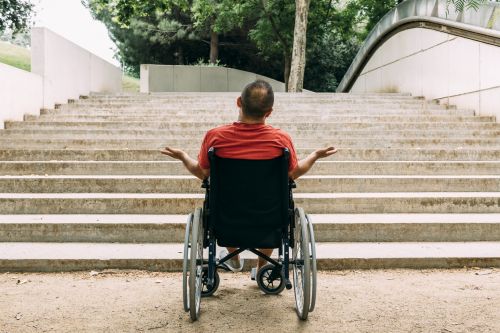 Dorothea Beckett was a certified nursing assistant at Genesis Multi-Medical Center, an affiliate of Genesis Healthcare LLC, from January 2009 through January 2012. Ms. Beckett suffered from seizures while she was at work. Despite requesting reasonable workplace accommodations under the Americans with Disabilities Act (ADA), she was still physically injured at work, hitting her head hard enough to require stitches and biting her tongue. At least once, she had to be sent to the emergency room because of her injuries.

Then in January 2012, she was fired because of her epilepsy. She hired a lawyer and filed a wrongful termination lawsuit under the ADA. That lawsuit settled on April 15, 2015. The settlement agreement awarded Ms. Beckett $28,000, which was broken down to include:

While in court to enter the settlement, Ms. Beckett asked her civil court judge whether the $19,000 disability discrimination award was taxable as income. The judge told her no, because the lawsuit was based on her seizures.

The IRS disagreed. Ms. Beckett reported the $1,000 backpay as income but not the $8,000 for attorney fees and $19,000 disability discrimination award. But the 1099s filed with her tax return and her attorney’s corporate tax return revealed the full amount of the award. The IRS said she had a deficiency of $27,000 in unreported gross income.

By the time the issue came to the U.S. Tax Court for a decision on the taxability of the disability discrimination award, everyone agreed that the $8,000 in attorney fees should have been reported as gross taxable income. However, it also qualified for a deduction under the U.S. tax code, so all that remained was the $19,000 award.

Wrongful Termination Awards are Taxable Income, But What About Disability Awards?

The U.S. tax code defines “income” in very broad terms. Section 61(a) says “gross income” includes all income “from whatever source derived” unless it falls into a specific exclusion.

The U.S. tax code defines “income” in very broad terms. Section 61(a) says “gross income” includes all income “from whatever source derived” unless it falls into a specific exclusion. Damages from wrongful termination employment lawsuits generally don’t fall into any of those exclusions. However, personal injury awards do.

Section 104(a)(2) says gross income does not include “the amount of any damages (other than punitive damages) received (whether by suit or agreement and whether as lump sums or as periodic payments) on account of personal physical injuries or physical sickness.” Damages means any amounts received (other than workers’ compensation) as the result of a lawsuit or settlement agreement.

To answer Ms. Beckett’s question, the U.S. Tax Court had to look at the specific nature of her disability discrimination claim and the language of the settlement agreement for the actual award. The Court explained that whether a settlement award is excludable as personal injury damages depended on the facts and circumstances of the agreement itself, including:

The Court had to be able to draw a “direct causal link” between the damages received and physical injury or sickness suffered by the plaintiff.

Disability Discrimination Award Based on Physical Injury is Only Partial Income, Court Says

The Court recognized that, while Ms. Beckett had characterized her case as a taxable wrongful termination claim, “There was, however, a physical component to petitioner’s complaint.” Ms. Beckett’s seizures “were an actual basis for the settlement”. She testified that she suffered head injuries and other injuries because her employer refused her requests for reasonable accommodations. These factors set her disability discrimination award apart from other, taxable wrongful termination awards.

However, not all $19,000 was excludable. The Court said that amount covered three bases for the award:

Since only one of those three bases was related to Ms. Beckett’s physical injury, the Tax Court said one third of the $19,000 could be excluded from her taxable income.

It is worth noting that the Court went out of its way to say this opinion did not create precedent. The decision was made based solely on the facts in Ms. Beckett’s case. However, the Tax Court’s evaluation of the case provides guidance to tax attorneys and other lawyers trying to advise clients whether, and to what extent, their wrongful termination, personal injury, or disability discimination awards will be taxed by the IRS.

Attorney Joseph R. Viola is a tax attorney in Philadelphia, Pennsylvania with over 30 years experience. If you have questions regarding IRS tax exemptions or need to refer your employment discrimination or personal injury client’s tax collections case, contact Joe Viola to schedule a consultation.

In regards to Covid-19,  We are reviewing the best guidelines for our city and state for how

we should conduct business and plan to update this message as soon as we can.

Please call our office(s) to get learn how we are engaging with current clients and new at this time.